Rational and Emotional Concepts for Video

In a previous article, we discussed how the average consumer believes they are more rational than they actually are. We cited evidence that decisions made on which service and product to buy was often more emotional than rational. Understanding these rational and emotional concepts for video can help you connect with your audience.Here, we discuss some of the tactics you might use in choosing which direction to take when building your video campaign. Are you looking to encourage your audience to feel a connection or will you engage their logic?

The concept of rational marketing attempts to instill the idea of great value and quality. Appeal to simplicity: Everybody wants convenience. This is a common tactic with technology products and services; the problem is that the extra convenience can be expensive as most people will be happy with their existing home computer, their cellphone or their television. Why should they spend a lot of money on a new model? Appeal to quality: We’ve all seen commercials that state “we compared our product to the four leading brands and ours came out best” and “In blind tests, consumers preferred…” In each case, we are making the claim that we have asked people just like you which product they prefer. Appeal to science: cosmetics advertisers commonly use this tactic. Using such terms as “scientifically proven” they engage our rationality to show that the product has been rigorously tested under lab conditions. People accept science as an authority

Emotional marketing attempts to engage the audience on the human level. David & Goliath: The biblical tale of the little guy overcoming the odds to defeat the giant is a useful one for advertisers. They will use terms like “family run” and “traditional”, the unspoken implication that they are succeeding against bigger businesses. Buy from them and help David compete against Goliath. Fear of Missing Out: One of the most common tactics in the last few years is to encourage consumers to make a quick decision. Advertisers engage the fear of missing out by using loaded terms like “hurry, this offer is only for a limited time!” and “offer only while stocks last”. Because you deserve it: Appealing to our ego, this line of advertising encourages us to believe we have earned such a luxury. Whether it is an expensive vacation, a new cellphone or anything else that is not a basic need, they appeal to the side of us that will think “yes, I’ve worked hard so why shouldn’t I pamper myself?”

Not a Black & White Issue

There was a time YouTube seemed untouchable when it came to video marketing. Facebook has always had a video upload function but only last year did it begin pouring resources into making it a serious contender. Since summer 2017, it’s been worthy of serious consideration as a marketing platform but a shock new study revealed 46% of new web video content is now designed specifically for Facebook. It beat YouTube into second place on 41%. At the end of 2017, multiple marketing agencies, organizations and analysts predicting this would be the case in 2018. Facebook is Now the Top Platform for Video Marketing YouTube is still seen largely as a content site. Ads do appear, but usually at the beginning… 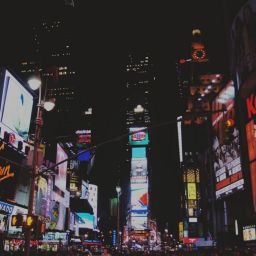 Emotional or Rational: The Key To Your Video’s Success

There is a long-running debate in video advertising about whether the message of a video should target rational decision-making or attempt to engage the emotions of the audience. Emotional or Rational? Both have their place, but it is becoming increasingly apparent that the consumer prefers a more emotional connection with media than simply being bombarded with facts and figures and claims about scientific proof; yet it is the rational approach that is the most common. Making the Right Decision for Your Business Video How you intend to pitch the story of your video should be the first consideration of the script. Some advertising analysts and consultants recognize that appealing to rationality has become the default position. It certainly has its place, but studies in…