Facebook’s provisions for video content has increased exponentially since 2015. Recent additions include 360-video and live video events. But neither of these are as important as the introduction of the Facebook Watch platform last year. This could revolutionize streaming video as we currently perceive it.

Video is a powerful medium for any website, representing a high chance of ROI for marketers especially. Looking to capitalize on the monetization of video, Facebook Watch could eventually challenge YouTube. They could also challenge Netflix, Amazon Prime and Hulu long-term.

The new Facebook Watch video platform is exclusive to the site. It is used to host not only user uploads such as vlogs and live recordings, but original content and TV shows too. The idea is to create communities like YouTube, but also provide on-demand services for quality content.

Facebook Watch also supports creators of professionally-made content. Users are able to save and view content at any time. It’s rolling out slowly but once fully developed, almost anyone will be able to upload content. Mixing amateur with professional content and creating a global community has the potential for outreach.

You’re wondering how a YouTube and Netflix hybrid could possibly be useful in marketing. The main difference between these subscription streaming services and the new Facebook platform is the inclusion of video ads. Netflix doesn’t have them at all. Amazon Prime advertises but only its own shows. Hulu has an ad-free option for which users must pay a subscription fee.

But Facebook Watch will build ads into its service. To support the costs, ads during a video. Later this year, they will start to appear pre-roll. That means a tremendous amount of exposure for your video ad content. It’s likely to prove particularly useful to micro-ads (those that last less than 30 seconds).

There was a time YouTube seemed untouchable when it came to video marketing. Facebook has always had a video upload function but only last year did it begin pouring resources into making it a serious contender. Since summer 2017, it’s been worthy of serious consideration as a marketing platform but a shock new study revealed 46% of new web video content is now designed specifically for Facebook. It beat YouTube into second place on 41%. At the end of 2017, multiple marketing agencies, organizations and analysts predicting this would be the case in 2018. Facebook is Now the Top Platform for Video Marketing YouTube is still seen largely as a content site. Ads do appear, but usually at the beginning… 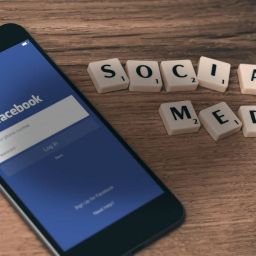 Facebook is now a serious contender to YouTube in the video marketing arena. So, learning to improve your Facebook watch time is an essential step for marketing your business videos. Viewers now require shorter videos that seize their immediate attention. Some must do so in as little as 6 seconds, but 15 seconds remains the norm. Last year, Facebook introduced video streaming service “Facebook Watch”. Going forward, this will be the backbone of advertising across the site. We understand that 48% of video views on Facebook now come from direct sharing. That’s a lot of untapped marketing potential and businesses should pay due attention to Watch Time statistics. There are several ways to increase watch time. Native Uploading An independent…

Facebook has grown to be much more than just a social media platform – it has become an excellent marketing platform by finding new and innovative ways to reach business users. For years, the measure of success on Facebook has been engagement – clicks, comments, reviews and likes. Facebook’s dwell time metric could change all of that and finally provide the breakthrough marketers have wanted for years. What is Dwell Time? Marketers have talked about dwell time for years, but so far it has been immeasurable – losing potentially key information about how Facebook users interact with content. Simply, it measures the amount of time a user hovers over something. This may not seem like much, but some users deliberate on whether or…